General Leonidas Polk was known as the "Battling Bishop" during the Civil War.  He graduated 8th of 38 in the Class of 1827 of the United States Military Academy at West Point.  Very soon on December 1, 1827, he resigned his commission.  Four years later he enrolled in the Virginia Theological Seminary to become an Episcopalian minister.  After going west to do missionary work, he was named the first Bishop of Louisiana in 1841.  He was influential in the establishment of an Episcopal school, the University of the South, at Sewanee, Tennessee.

Confederate President Jefferson Davis convinced Leonidas Polk to accept a commission as a major general in the Confederate Army.  They had been close friends since their days as classmates at West Point.  General Polk commanded large military units in the Battles of Belmont, Shiloh, Perryville, Stones River, Chickamauga, and the Atlanta Campaign.  General Braxton Bragg ordered a court martial of General Polk for failing to attack at Chickamauga as planned.  President Davis stopped the court martial, and he reassigned General Polk.  General Polk has not been blamed for losing any battles, but he appeared to be unprepared to command large military units.  General Polk's friendship with President Davis sheltered him from criticism.

General Polk was killed on June 14, 1864.  He was observing Union positions from the top of Pine Mountain in Georgia when he was struck by a cannon ball. 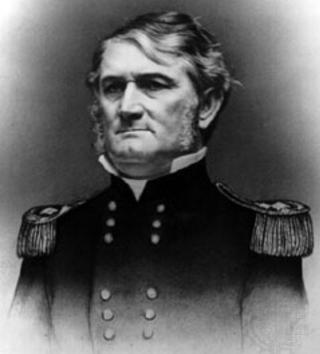