Every wonder why the Army of Northern Virginia was more successful than the Army of Tennessee? - 50 Minutes Long (Small 4X3 Format)

HOME FIRES IN THE LINE OF FIRE

Mr. Bradley, a novelist and historian, presents the deliberate Northern policy of targeting Southern civilians and Confederate prisoners of war for death -

Dr. Bradley's presentation is a history lesson little known by those who love Civil War History.  In the winter of 1862, the Confederacy used the cavalry commands of Nathan B. Forrest, John Hunt Morgan and Joe Wheeler in the first use of cavalry as an offensive force- 45  Min (Large 16X9Format)

I highly recommend this program to any person who loves American history. This program provides the actual documented causes of the Civil War - 62 Minutes Long. (Small 4X3 Format)

This narrative details Sherman's assault on Missionary Ridge and Cleburne's brilliant defense at Tunnel Hill and Ringgold Gap. The story is enhanced with numerous photos and maps -

Mr. Jones, a Civil War Historical novelist, tells the story of this infamous Northern  prison island for Confederate POW's.  Mr. Jones' great, great grandfather was a POW at this camp -

GERMAN INFLUENCE ON THE CIVIL WAR IN CHATTANOOGA AND NORTH GEORGIA

Located at Bridgeport, Alabama was a strategic rail crossing on the Tennessee River. Connecting Nashville to Chattanooga, it was of strategic importance to both Federal and Confederate forces. On April 29, 1862 a skirmish ensued for possession of the bridge.

ORGANIZATIONAL PROBLEMS IN THE CONFEDERATE ARMY

J. N. and Jane follow the Civil War exploits of their common Confederate ancestor from joining the 12th Alabama through surviving a year in the Yankee prison in Elmira, NY - 31 Minutes long (Large 16X9 Format)

The story of cavalryman General Joseph Wheeler from his early life through his military careers in the Confederate and U.S. Armies, political career as a U. S. Congressman and later life.  - 31 Minutes Long. (Large 16X9 Format)

​FEMALE SPIES AND SOLDIERS IN THE CIVIL WAR

Ms. Coker gives the stories of several women soldiers and spies for the Confederacy.  Her primary focus is on the female spies in the Nashville, Tennessee, area during Union occupation. - 50 Min(Large 16X9 Format)

The Mortal Side of STONEWALL JACKSON

Mr. Raymer's presentation follows Thomas Jackson's life from his orphaned childhood until his untimely death at Guinea Station, Virginia.  The narrative provides insights into both Stonewall the warrior and the man - 34 Minutes long (Large 16X9 Format)

Randy discusses battlefield history and preservation in Tennessee, Kentucky and Mississippi.  He also discusses the history of the Tennessee Brigade and Civil War generals from Tennessee -

Mac gives a broad view of bushwhackers in the border states and then focuses on their activity in lower East Tennessee.-
34 Min (Large 16X9 Format)

On the second day of battle, Cleburne's division launched a late evening attack against the federal left on Chickamauga's Winfrey Field. The engagement raged through darkness resulting in many Confederate and Federal casualties from friendly fire. The tour follows Cleburne's Division on the anniversary of the battle at the same time of day. - 60 Minutes Long. (Large 4X3 Format)

IT IS A HAPPY THING TO BE OBSCURE: WOMEN AND CIVILIANS IN OCCUPIED MIDDLE TENNESSEE

Ms. Biggs presentation focuses on the hardships imposed on the southern population in and around Nashville after Federal occupation.   35 Minutes Long (Large 16X9 Format).

Mr. Hurst, a Civil War novelist and historian, takes us through the 1862 battle that opened Tennessee to Federal occupation. Nathan Bedford Forrest's courage and exploits mark him for coming greatness as the South's prominent cavalry commander.

Harper worked at the The Southern Museum of Civil War and Locomotive History in Marietta,  Georgia for about 15 years and is an expert on the subject.  The museum houses the locomotive "The General," famous for its role in the The Great Locomotive Chase -  74 Min (Large 16X9 Format)

The first 30 minutes of the presentation gives the viewer an understanding of the battle with charts and video of troop movements and explanations of each engagement of the three days of battle.  The reenactment portrays Hood's flank attack on the Federal left on the actual grounds of the engagement

Mr. Slack recounts the story of Jack Hinson, a neutral southerner, who after the unjust execution of two sons by Federal cavalry, launched a one-man vendetta against the Federal Army - 48 Minutes long (Large 16X9 Format)​

​All but their Honor

CONDEMNED AS UNFIT FOR SERVICE, THE STORY OF THE LOOKOUT MOUNTAIN CAVE RIFLES

The story of eight Confederate rifles found in a cave on the west side of Lookout Mountain in the 1930's - 45 Minutes Long. (Small 16X9 Format)

Thank you for viewing our video programs and library.  The Guest Speaker videos illustrate the type of historical programs we offer at our monthly meetings.  They are both educational and entertaining.  These programs are available on DVD and can be acquired by making a DONATION to support our historical restoration projects.  Each GUEST SPEAKER program is available for a minimum $18 donation.   Your DVD donation is tax deductible and includes shipping.  To acquire a DVD program, simply visit our HELP US page to order.  Be sure to give us your address and the program(s) desired.

​​A HISTORY OF THE SILVERDALE CONFEDERATE CEMETERY

Presented by Jerry Wormsley on October 22, 2013

Dr. Bradley gives a recount of his latest published book about the David Campbell Kelley and his relationship with Nathan Bedford Forrest as a superb, trusted commander and his spiritual influence on Forrest and his cavalry - 35 Minutes long (Large 16X9 Format)T

Presented by Antone Heinlein on September 27, 2011

Mr. Carlyle, a Ranger at the Chattanooga-Chickamauga  National Military Park, gives  a historian's view of Forrest's myths and legends from his exploits in and around Tennessee
- 35 Minutes long (Large 16X9 Format) 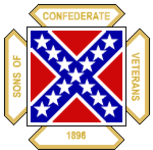 A history of sharpshooting in the Civil War while demonstrating both Whitworth and Target rifles used by both armies. The presentation includes several eye witness soldier accounts -

SOUTHERN "FIRSTS" AND "MOSTS NOT TAUGHT IN SCHOOL"

Mr. Bradley presents the little known activities of Forrest's escort and follows them through the war and afterwards until they mount their horses and ride off after their last reunion - 43 Minutes Long.(Small 4X3 Format)

CONFEDERATE MEMORIAL DAY 2009
Guest Speaker: Ed Butler
Mr. Butler, former Tennessee Division SCV commander and current Finance Chairman, was the guest speaker at this year's Confederate Memorial Day Services at the Chattanooga Confederate Cemetery, June 6.  His presentation was "We Have Nothing to Apologize for" -

​​A HISTORY OF THE CHATTANOOGA CONFEDERATE CEMETERY

Pete is an expert on the history of the cemetery and has accumulated a vast collection of information on its history and many of the interred.  This was shared in a cemetery walking tour
- 65 Minutes long (Large 16X9 Format)

The story of the Spencer Rifle's entrance into the Civil War, and the story behind one Spencer Rifle found on the Chickamauga Battlefield  - 40 Minutes Long. (Large 16X9 Format)

Pete explains how religion played a key role among the causes of the War, both before and throughout. He also explained the flawed history of the song BATTLE HYMN OF THE REPUBLIC in this link -
60 Min (Large 16X9 Format)

Dr. Brook's  presentation provides insights into Lincoln's influence on the war from a southern viewpoint.  He also reveals the character of Lincoln as told by his friends and associates - 62 Minutes long (Large 16X9 Format)

A historical look at Chattanooga during and after the Civil War through the eyes of the founding fathers of the First Presbyterian Church - 50 Minutes Long. (Large 4X3 Format)

WE HAVE NOTHING TO APOLOGIZE FOR!

Private Dyer was a member of Nathan Bedford Forrest's Escort and documented many of the General's exploits.  - 29 Minutes Long. (Large 16X9 Format)

LIBRARY OF AUDIO AND VIDEO PROGRAMS

Welcome to our library.  We endeavor to preserve our history and heritage by documenting guest speakers and important local Civil War heritage events.  Below, we offer what we consider to be the best available for your Civil War Library or listening and viewing pleasure.  Check back often as we add to the collection monthly.

Our premier feature for this page is an on-line video of guest speaker presentations.  Please take a few minutes to view our library of programs.  If you would like to have a dvd copy of any program listed below, please see the instructions at the bottom of the page.  DVD's are professionally edited with numerous enhancements.

​click the enlarge icon to view full screen after the program starts.

The story of John Breckenridge from his early life through his career as a U.S. Senator, U.S. Vice-President and  Major General and Secretary of War in the Confederate Army
- 30 Minutes Long. (Large 16X9 Format)